What Is Preserved Wisdom?

Preserved Wisdom began as a history depository. The genesis of the project was the archiving of past sermons preached by senior pastors and the study of the history of Central Presbyterian Church in Saint Louis, Missouri. The church was established in 1844. The scope of Preserved Wisdom has evolved as more has been learned about the church and its place in the history of the City of Saint Louis and we’ve sought to encompass other historical research studies. Preserved Wisdom’s mission is to enlighten, encourage and inspire. 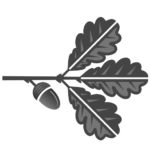 The initial intent of Preserved Wisdom was to develop a Sermon Archive – a place to preserve and present the sermons delivered by senior pastors of the church.  The archive currently includes 1625 sermons sorted by date, pastor and scripture reference. Sermons from 1970 to 1981 are preserved as copies of the original manuscripts, scanned and saved as PDF documents. The sermons from 1982 through the present have been transcribed as MP3 audio files and can be streamed through a computer or mobile device.

We believe the wisdom in the preaching of God’s Word is inspired and timeless and worthy of preserving.